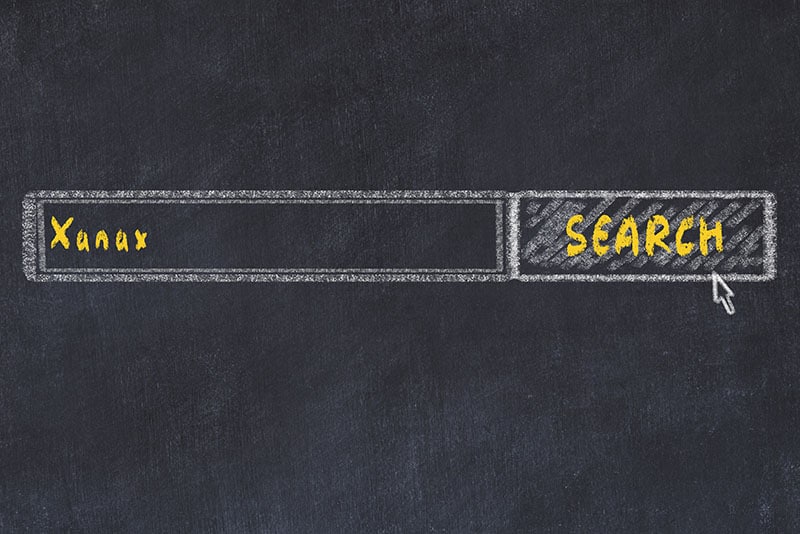 Xanax is a brand name prescription benzodiazepine (the active ingredient being alprazolam), one that is most commonly used for the treatment of severe anxiety disorders, like panic disorder. Because this medication is so potent and has such a high potential for abuse, medical professionals typically prescribe it to be taken short-term, or only during the onset of more severe symptoms (like a panic attack). Benzodiazepines in general are extremely habit-forming, and it was reported that during the year 2015 alone there were over 8,000 overdose deaths directly linked to benzodiazepines throughout the United States. Still, Xanax is one of the most frequently prescribed medications throughout the country. During the year 2013, over 50 million prescriptions were written for Xanax – compared to 38 million prescriptions written in 2006. Since the year 2008, the rates of Xanax prescriptions have been steadily increasing by 9 percent annually. It is estimated that 55 percent of men and women who suffer at the hands of a benzodiazepine abuse disorder obtained the medication from a friend or a relative – only 17.3 percent of individuals who abuse this medication obtained a written prescription from their own doctor.

Because Xanax is so addictive, substance abuse disorders involving Xanax can rapidly progress. additionally, it has been found that the majority of American adults who abuse this specific prescription medication often use it in conjunction with another chemical substance, like alcohol. If you have been suffering at the hands of a Xanax abuse disorder, it is important to know that you are not alone – and that help is available.

At Intrepid Detox Residential, we sat down with an individual who suffered at the hands of Xanax addiction for nearly 6 full years before reaching out for professional help. This individual actually went through our treatment program and has maintained sobriety for a number of years. For anonymity purposes, we will use this individual’s first and last initials only. If you have any additional questions about Xanax abuse, or if you are ready to seek the professional care you need, reach out to Intrepid Detox Residential today.

IDR: Would you mind telling us a little bit about when and how you were introduced to Xanax?

SR: Yeah, no problem. I started taking Xanax when I was pretty young. I had experimented with marijuana; I think at the time I was maybe a sophomore or a junior in high school. I was always a really straight-laced kid, I got good grades and I never really got into trouble. But at the time, my home life was pretty stressful and so I started smoking pot and maybe drinking a little bit too. It was really nothing crazy, just blowing off steam with my friends. But then things at home started to get worse. So basically, for a little bit of background, my parents were going through a divorce because my dad was abusive. My brother and I kind of just got caught in the middle of everything and it wasn’t pretty at all. So anyways, I started getting kind of distracted. Not by the pot or the beer or anything like that, but by the way things were going at home. I wasn’t getting a ton of sleep and I felt super stressed out all the time. In my senior year of high school things kind of came to a head. My friend offered me a Xanax one day, knowing that I had been super stressed out, not just about my parents but also about schoolwork and college and just a bunch of stuff. I was at a party the first time I took it, and I still remember how it made me feel. I felt calm and relaxed and like everything was going to be okay for the first time in years.

IDR: How did your substance abuse disorder progress?

SR: Well, I really like that feeling, you know, so I asked my friend if he knew where I could get more of it. It turned out that his cousin had a prescription and that he would give him some pills sometimes to use recreationally. I got a few of those pills at first, the ones from his cousin, but then I realized that it would be a lot cooler if I could just get my own prescription. So, I actually set up a meeting with a psychiatrist, or an appointment or whatever, and tried to get a prescription of my own. I must have gone to the wrong psychiatrist because they weren’t about it. I wasn’t too stressed though, because I still had that connection. I just knew that I was going to need more soon because I was developing a tolerance, even though I didn’t know what that word meant at the time.

At this time, I was taking maybe two bars a day, and a lot of the time I was also drinking because that would enhance the effects. I found a couple more connections and I started taking maybe three or four bars a day, which is when things got a little bit more gnarly. I was blocking out a lot, and I would wake up somewhere without remembering how I got there, or I wouldn’t be able to remember if I had eaten over the course of the past couple of days, things like that. I was starting to feel out of control. when I didn’t have enough Xanax to get me through the day, I started to feel super panicked.

IDR: When did you finally recognize that you had a problem?

SR: So, there was one event in particular that I remember that kind of made me scratch my head and go, “Dang, is this an issue?” I was at a party, I think it was a basement party with some people – at this point I was supposed to be in college and, yeah, that’s kind of a long but self-explanatory story, I didn’t end up going. So, I was at this party and I had taken some Xanax and I was drinking whiskey and I blacked out. That wasn’t anything unusual at this point. I ‘came to’ outside of a bar. Well, outside of a bar like, down in an alleyway. I wasn’t wearing underwear or shoes, I didn’t have my phone or anything else on me, and I had absolutely no idea what had happened. The bar wasn’t even open, so I had no idea what day or time it was, or even where I was in the city, I just kind of started walking. Basically, I had been messed up for three whole days and I have no recollection of what happened during that time period. I still don’t know what happened to me. That was my wake-up call, and I went to rehab the next day.

IDR: Would you mind telling us a little bit about your recovery journey?

SR: Yeah, of course. I mean, it’s honestly been awesome. Things had gotten so bad, I had completely lost sight of who I was and what I was doing with my life. So, I went to the medical detox, and then I went to rehab for three months, then I moved into a sober living home and I stayed there for about six months. And I’ve been one of the lucky people who has been sober ever since I went to treatment. I just have too much respect for myself now to go back to that way of life.

IDR: How have you managed to stay sober for three full years? What’s your routine?

SR: I mean, Alcoholics Anonymous is a really big part of my life. I worked through the steps with a sponsor and now I sponsor other people, and I go to at least one meeting every day, which I know has been super helpful. I still deal with anxiety which is difficult because obviously I can’t take any benzodiazepines or anything for it, but I’ve learned tools and techniques that help me make it through the day.

IDR: Do you have any advice or insight for someone who is abusing Xanax and considering reaching out for help?

SR: I would definitely say reach out for help as soon as you feel like there might be a problem, because getting to the point that I got to just is not worth it. I was really worried to reach out for help, I mean, I was worried to even tell my parents – obviously they knew that something was up. It’s kind of funny, I convinced myself that nobody knew. but yeah, as soon as I reached out for help there were people there to support me and help me get into treatment the very next day. Just do it, just make a phone call.