Is Marijuana Withdrawal Really a Thing? 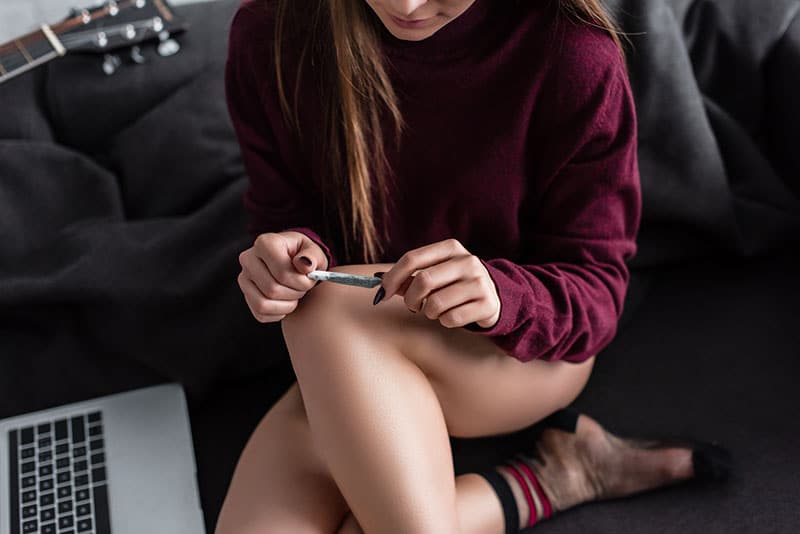 Marijuana – The Lesser of All Evils?

When most people think about casual, recreational drug use, they think about passing around a joint at a low-key party or taking a massive bong rip after a riveting game of beer pong. Marijuana is almost as much a part of American culture as alcohol consumption – and it’s essentially been socially acceptable since the ’70s. Because of how much the specific drug is normalized, many people fail to perceive it as dangerous or addictive – they see marijuana as a harmless pastime, one that can cause no serious issues even among those with addictive tendencies or personal histories of substance abuse. In fact, the idea of “marijuana maintenance” has been circulating throughout recovery communities for quite some time. Those who subscribe to this idea believe that smoking marijuana is a much safer alternative to using their drug of choice, and as long as they don’t experience a range of personal consequences as a result of their habit, using cannabis occasionally is passable. Of course, this notion is extremely controversial. Most subscribe to the idea that marijuana is still a mood and mind altering chemical substance, and that if you are in recovery you certainly can’t be smoking it.

In any case, the point is this – marijuana is still a drug, and even though it is socially acceptable and widely used it can still cause physical and psychological dependence. According to the National Institute on Drug Abuse, roughly 30 percent of all individuals who use marijuana will end up developing a marijuana use disorder. men and women who begin smoking marijuana before the age of 18 are between four and seven times more likely to become physically or psychologically addicted as adults. Just like any other chemical substance, marijuana is associated with dependence – essentially meaning that people who have been taking the drug for an extended period of time begin to experience withdrawal symptoms when use is stopped abruptly. NIDA also reported that roughly 4 million men and women throughout the United States met the criteria for a diagnosable marijuana use disorder in the year 2015 alone. Of these 4 million, only 138,000 sought any level of professional treatment during the same year. Unfortunately, professional treatment is rarely sought because marijuana dependence is so widely stigmatized. The Centers for Disease Control and Prevention reported that as many as one out of every 10 American adults who uses marijuana will eventually become addicted. This number increases to one out of every six Americans for those who began using the drug before the age of 18. If you have been suffering at the hands of a marijuana dependence, know that you are far from alone.

A loss of appetite, which can lead to weight loss
Mood swings, usually marked by irritability and agitation
Sleep related issues, including insomnia and major changes to sleep patterns
Persistent headaches
An inability to focus and a lack of attention paid to important subjects
Experiencing intense psychological cravings for marijuana
Profuse sweating, including cold sweats and night sweats
Feelings of depression which can, in extreme cases, lead to suicidal ideation
Feelings of extreme nervousness and anxiety, which can lead to panic attacks
Gastrointestinal issues like nausea, vomiting and diarrhea – or chronic constipation
These symptoms will vary in severity depending on how much marijuana was being used and how long the substance abuse disorder persisted. For example, someone who has been using marijuana everyday from morning until night for the past five years will likely experience extreme symptoms of withdrawal, while someone who smokes in the evenings four or five days a week will typically experience less severe symptoms. Many men and women who use marijuana recreationally use it in conjunction with another chemical substance, such as alcohol or opioid narcotics. Of course, polydrug abuse only works to intensify symptoms associated with withdrawal.

If you have been consistently using marijuana for an extended period of time, then detox probably is necessary. Unfortunately, many men and women who could seriously benefit from medically monitored detox avoid it entirely, either because they believe that their withdrawal symptoms are not going to be severe or because of the stigma surrounding marijuana dependence. if you have tried to quit smoking and you have been unable to do so for any extended period of time, it is never a bad idea to check yourself into a short-term treatment program – which typically begins with two to three days at a medical detox facility. At Intrepid Detox Residential we have extensive experience working with men and women of all ages who have struggled with marijuana use disorders. We understand just how uncomfortable the withdrawal process can be, and we also understand how difficult it can be to seek help for a disorder that most people believe doesn’t exist in the first place. If you still are unsure as to whether or not medical detox is truly necessary, feel free to give us a call at any point in time. We are more than happy to conduct a brief pre-assessment over the phone, which will help you determine whether or not treatment is necessary.

What is the Next Step After Detox?

Okay, so say you do come to terms with the fact that you might have developed a marijuana dependence over time. You have tried to quit on your own multiple times but you have been repeatedly unsuccessful. So you decide to go to medical detox in order to take an extended break and undergo a safe and completely pain-free withdrawal. But… then what? What steps do you take once the medical detox process is complete? Do you actually need to go to a rehab for 30 full days, or can you just flush your weed down the toilet and hope for the best? If you were only abusing marijuana, and you were not taking any other chemical substances at the same time, there is a very good chance that outpatient treatment will be sufficient as a stand-alone option. Most outpatient treatment programs offer intensive therapeutic care, but provide their clients with a much higher level of flexibility and personal freedom than they would find in a drug or alcohol rehab.

At Intrepid Detox Residential we are dedicated to consistently delivering the highest level of clinical care available. If you are someone close to you has been suffering at the hands of a marijuana use disorder, know that it is far less uncommon than you might think – and that recovery is completely possible. If you would like to learn more about our medically monitored detox program, or if you would like to undergo a brief pre-assessment to determine whether or not treatment is actually necessary, reach out to us today. We look forward to speaking with you soon and helping in any way we can.

The 5 Most Serious Effects of Substance Abuse on Family Members

Opiate Withdrawal Timeline: What Should I Expect?

Does Hypnosis Work to Stop Drinking?

Hypnosis has proven helpful in individuals trying to quit smoking. Using hypnosis to stop drinking is an alternative to addiction treatment. […]