Modern medicine has become an impressive feat of human engineering, but sometimes the benefits of modern medicine are abused. Adderall is one of the medications that has become almost infamous for how often it has been abused, partially due to how effective it is, but it can also be abused by accident. This stimulant medication causes users to focus, become more alert, concentrate, and even feel more motivated. Adderall comes in the form of a little tablet or capsule and the dosage may vary, but this medication is a Schedule 2 controlled substance because of the potential for abuse and addiction.

Adderall is incredibly effective, which makes the drug appealing to abusers who would take the drug recreationally for improvement at work and or school. Recreational Adderall use can lead to severe addiction, but there are facilities and programs to help detox from Adderall and recover from an addiction. 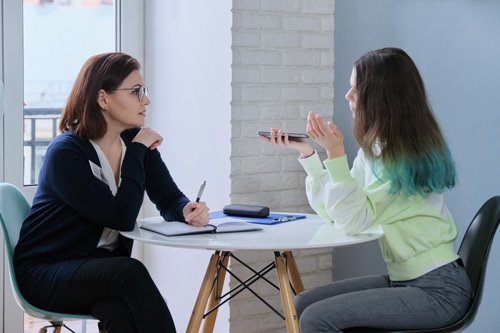 Adderall is a stimulant medication that is intended to treat attention-deficit hyperactivity disorder (ADHD) and narcolepsy, a chronic sleeping disorder. This combination drug, which was approved by the Food and Drug Administration (FDA) in 1996, is made up of amphetamine and dextroamphetamine and can sometimes be referred to as:

Both amphetamine and dextroamphetamine are central nervous system stimulants, which cause norepinephrine and dopamine activity in the brain to increase and stimulate the nervous system. All these things combined cause users to feel the intended effects of the drug, more alertness, focus, motivation, and concentration. One of the downsides of Adderall is that it can be incredibly addictive. Consistent abuse of the drug can lead to high tolerance, dependence, addiction, Adderall withdrawal, and the various side effects can be long-lasting.

How Does Adderall Affect the Body and Brain?

These parts of the brain work as follows:

The intended effects of the drug can come at a cost, however, with common side effects such as:

Adderall can be incredibly effective for treating a patient diagnosed with ADHD and narcolepsy. But for users who take the drug illegally and or without a prescription, the health risks can be severe and Adderall recovery can be difficult.. Without talking to a physician, there’s no evaluation for pre-existing conditions so the risk of a stroke or sudden death could be incredibly high, and the user wouldn’t even know it. Adderall also lowers the convulsion threshold, which means it creates so much activity in the brain that a person who is already prone to seizures would become much more at risk.

Adderall has also been known to intensify preexisting psychiatric conditions such as anxiety, bipolar disorder, depression, and schizophrenia. It’s important to speak with a physician because everyone’s psychiatric condition can be different, and the results can be unpredictable. Adderall can also be the cause of effects outside the brain, such as issues with individual organ systems, blood pressure, palpitations, and sudden cardiac arrest.

How Does Adderall Treat ADHD?

Although it can be abused and the side effects may vary, there’s medical reasoning for Adderall. ADHD is one of the most common neurological disorders for children, which according to the Center for Disease Control and Prevention (CDC) affects almost 10 percent or roughly six million American children. The children diagnosed are typically between the ages of 4 to 17 and the most prominent symptoms are inattentiveness, hyperactivity, and impulsivity. ADHD usually lasts well into adulthood. Adderall counters the symptoms of ADHD by increasing dopamine and norepinephrine levels in the brain, which causes users to reduce impulsivity and become more alert, motivated, and focused. However, it’s important to note that even these individuals can experience addiction and withdrawal.

What Are the Signs and Symptoms of Adderall Abuse?

Adderall can be incredibly effective and help improve someone’s life if taken correctly. It’s important to talk with a doctor before using the drug, but it has still become routinely abused. When taken incorrectly, the improper dosage can lead to Adderall withdrawal and other serious symptoms. Abusers of Adderall usually aren’t looking to use the drug for a “high”, but if taken in large doses the euphoric feeling can be very strong. Most people who abuse the drug are trying to stay awake, increase their energy and or concentration, or lose weight.

Statistically, abusers of Adderall are:

Some common signs and symptoms of Adderall addiction and abuse are:

How is it Abuse Among College Students?

Adderall has the reputation of being a relatively safe drug because it’s prescribed by doctors but, as the most prescribed stimulant in the United States, teens and young adults are the highest at risk for developing an addiction to the drug. Any individual could develop an addiction and go through Adderall withdrawal, but the abuse is especially an issue in college communities. Roughly 20% of college students abuse some sort of prescription stimulant.

Due to the usage and effects of Adderall, it’s an incredibly attractive drug to a student trying to cram for finals, pull up their grades, or just stay on top of everything. According to recent Adderall abuse statistics, 74% of college students get their prescription stimulants from a friend. Again, Adderall isn’t a drug that’s typically abused for a “high”, but to increase focus, production, motivation, and help stay awake. However, without the proper discussion with a doctor and legal prescription, there can be severe side effects and addiction could develop,

Side Effects of Adderall Addiction and Abuse

What Are the Symptoms of Adderall Withdrawal? 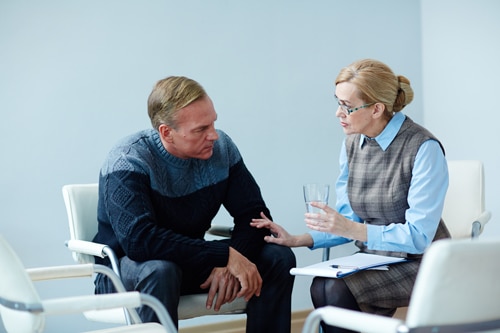 Adderall has many symptoms, some intended and some not, but even when being prescribed by a doctor an addiction can form and consequently withdrawal. Recovering from an Adderall addiction means that the individual will go through withdrawal, along with some sort of detox. Currently, there’s no agreed-upon way to flush Adderall out of someone’s system, but the drug typically shows its effects for 9 to 14 hours. Individuals addicted to Adderall will most likely form a higher tolerance to and possibly a dependence on it. When the drug’s effects start to wear off, that’s when the individual will start to feel the symptoms of withdrawal. As the Adderall withdrawal, or “comedown,” phase begins, the most common symptoms are:

There can be multiple kinds of Adderall withdrawal. First, individuals who binge Adderall for several days, for example, a student during finals week, would feel withdrawal symptoms for at least seven hours and most likely need a lot of sleep and nutrition to recover from the side effects. The second is when an individual slowly decreases their dosage of the drug over time. These second individuals feel the withdrawal effects for longer, typically a matter of days or weeks, but it’s less intense than withdrawal from binging the drug.

Adderall withdrawal is not automatically slow and intense. The duration and intensity of the withdrawal symptoms are more based on the individual’s dependency on the drug. Individuals who snort crushed Adderall pills or dissolve the powder, to inject it, will probably have more intense withdrawal symptoms. Due to their dependency. Dependency is an issue, but a medical detox program and professional help can guide an individual through a safe and healthy recovery.

Adderall withdrawal and the detox process can range anywhere from a matter of days to weeks. The duration of the process depends on the individual’s abuse history, dependence, and dosage. Detoxing is the period of time or process it takes to get a targeted substance(s) out of an individual’s system. Detoxing from Adderall can be different for every individual, but the average Adderall recovery timeline goes as follows:

Intrepid Detox Can Help You or Your Loved One Recover

Adderall’s side effects can be severe and long-lasting, with addiction to the medication causing even more problems. Luckily, there are medical professionals who know how to properly detox from Adderall and recover safely. Be sure to contact Intrepid Detox to get started on bettering you or a loved one’s life today.