Heroin is an opioid drug that stems from morphine. It goes by many names and continues to be abused by thousands of people every single year. Heroin can be highly addictive and can cause several symptoms and effects on the body and mind. If left untreated, heroin addiction can mean permanent damage to the body/mind or even death in some cases. This is why reaching out for heroin detox treatment is vital to recovering sooner than later.

Heroin usage has continued to rise in the past couple of years and it doesn’t seem to be slowing down. Many people who abuse heroin end up becoming dependent on it, which means they’ll experience heroin withdrawals if they stop using. This dependence usually grows into a full-blown addiction. Many people may not realize how dangerous and problematic heroin can be for someone’s life. If you or a loved one is struggling with heroin addiction, it is time to look into heroin detox and treatment from a trusted facility like Intrepid Detox Residential.

What is Heroin and How is it Used?

Heroin is considered an opioid drug that’s made primarily of morphine (a substance that’s taken from opium poppy plants). It comes in a brown or white powder and goes by many names. Horse, smack, and big H are some of the common street names for heroin.

Heroin is abused in several different ways and usually involves injecting, sniffing, smoking, or snorting. In some cases, people may mix heroin and other drugs like cocaine (also called speedball). Heroin can be dangerous when used alone, so mixing it with other drugs only increases the chances of overdose and death.

Heroin works by binding opioid receptors on cells throughout the body. More specifically, these cells are responsible for pain, pleasure, sleeping, breathing, and heart rate. Heroin creates a euphoric “high” for the user (a rush of pleasure). Because heroin manipulates these parts of the body, it can be easy to build a dependence on it. Your brain may be inclined to experience its effects again. 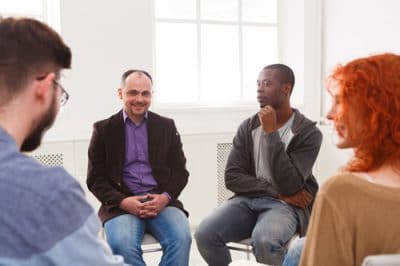 Heroin is a highly addictive drug and can ruin a person’s life if taken for a long time. The withdrawal symptoms of heroin can be uncomfortable and are often compared to intense flu symptoms. These can appear within eight hours of last use. The severity of the symptoms depends on how long a person’s been using heroin, how frequently, how it was used (snorted, injected, etc.), and the dosage of use.

The symptoms of heroin withdrawal may include:

The Dangers of Mixing Heroin with Other Drugs

Some people may mix heroin and other drugs to intensify the effects on their bodies. Mixing heroin with other substances is extremely dangerous and can cause unpredictable consequences. Mixing heroin and alcohol and medication has been shown to skyrocket the chances of an overdose. An overdose occurs when a person takes too much of a certain drug and their body begins to react to it. Overdose can be fatal if medical attention is not received immediately.

Mixing heroin with other drugs can put intense stress on a person’s lungs and body in general. It’s crucial to look out for the signs of overdose. If you notice any of these signs or symptoms, dial 911 and get medical help immediately; time is of the essence:

Getting heroin addiction treatment is a must, especially if you or a loved one has been abusing the drug for some time. As with all cases of drug addiction, there are several different treatment options that help to treat heroin addiction. Since heroin addiction is usually intense, it requires long-term treatment through a trusted facility like Intrepid Detox. 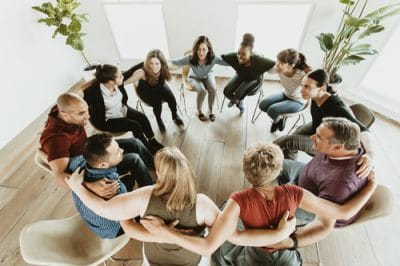 Heroin detox is the very first step of recovery for cases of heroin addiction. Detoxification is a process that helps alleviate some of the withdrawal symptoms associated with quitting drug use. It also helps rid the body of toxic substances (heroin in this case). Heroin detox is a necessary step in the process and opens the gate for personalized therapy treatment.

The detox process should be conducted by medical professionals and support should be available throughout the process. You should not attempt to detox alone at home. This is because heroin detox (or detox in general) can be unpredictable and potentially dangerous without professional guidance. You should never attempt to detox alone, it’s recommended to turn towards professionals for the safest and most effective level of treatment.

What to Expect During Heroin Detox

There are multiple steps to the heroin detox process and it’s important to be aware of these before heading into treatment. Centers like Intrepid Detox provide clear and honest support through the process – our goal is to make sure you are comfortable and supported the whole way through. The detoxification process includes the following steps:

What Comes After Heroin Detox?

The next step after heroin detox is usually either residential or outpatient treatment. Detox is usually just the first step and allows for more effective treatment through therapy, guidance, and medication assistance (in some cases). Centers like Intrepid Detox offer quality residential treatment to fulfill all your needs. Let’s take a look at what comes next after heroin detox:

Therapy is a crucial part of the treatment process and can be seen in almost all cases of addiction. It is one thing treating the physical symptoms of addiction but avoiding relapse down the line requires therapy and understanding. After heroin detox, different methods of therapy are used to ensure sobriety and relapse prevention for years to come.

Intrepid Recovery is Here to Help

When looking at heroin detox and drug treatment in general, you want to find a rehab center you can trust. This is where our wonderful and experienced team at Intrepid comes in. With years of experience under our belts and as an accredited facility in South Florida, we are ready to help you. If you or a loved one is struggling with addiction, look no further than Intrepid Detox. Contact us today to start your journey to a better life.