Having a detox center close to you is vital if you think you or a loved one is addicted to opiates or opioids. People addicted to opiates/opioids like heroin or prescription pain killers suffer withdrawal symptoms when they first quit which may be severe. Medications can be a big help in the opiate detox stage to subdue the craving and other physical withdrawal symptoms that often cause the person to relapse.

The National Institute on Drug Abuse (NIDA) has reported that widespread opioid and opiate use in the U.S. is a serious public health crisis. The overwhelming consequences of this epidemic include not only overdose deaths, but an increased number of newborns born with opioid withdrawal symptoms. Every day in the United States, 128 people died from an opioid overdose.

What’s the Difference Between Opiates and Opioids?

The term “opiate” refers to any drug that comes from the naturally occurring opium alkaloid compounds that are in the poppy plant. Examples of opiates include:

On the other hand, “opioid” has a wider definition. It refers to any drug combined with an opiate that produces similar effects. In other words, an opioid is any substance (either natural, synthetic, or partially synthetic) that attaches to receptors in the brain and causes opiate-like effects. Opioids include prescription pain medicines and illegal drugs such as heroin. Opioids include:

All Opiates Are Opioids

And keep in mind that while opiates come from naturally occurring substances, it doesn’t make them safer than synthetic opioids. The potential for dependence and overdose occurs with all opioids. The Centers for Disease Control and Prevention reported in 2018 that more than 31,000 people in the U.S. died from synthetic opioids other than methadone. 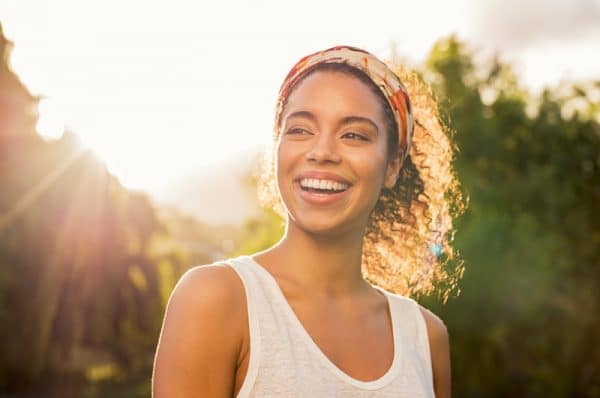 The History of the Opioid Epidemic

During the late 1990s, doctors began prescribing more opioids to treat pain. Drug companies assured the medical community that opioid pain relievers would not be addictive. So healthcare providers started prescribing opioids at an increasing rate. This led to extensive misuse and diversion of these medications before it became obvious that they were highly addictive.

As a result, rates of opioid overdose started to increase dangerously throughout the 2000s. In fact, it has quadrupled since 1999. Sadly, these numbers are still growing. In 2017, it was estimated that 1.7 million people in the U.S. had a substance use disorder related to prescription opioids, and 47,000 Americans died from overdoses on:

Symptoms of Addiction to Opioids

Opioid drugs are generally safe when taken for a short time as prescribed by and under the supervision of a doctor. However, besides helping to relieve your pain, they also give you a feeling of comfort and intoxication. These effects can lead a person to misuse the drug in a way and an amount that wasn’t intended.

Opioid use disorder (OUD) is a medical condition defined by the inability to stop using opioids and having behaviors built around opioid use that interfere with daily life. If you have a physical dependence it can be especially hard to stop using opioids. OUD can be diagnosed by a doctor but an individual struggling with OUD may not show symptoms right away. However, over time, there may be some signs that the person needs help.

Common signs of opioid addiction are:

Detox and Withdrawal From Opioids

Opioid addiction leads to changes in some areas of your brain and alters the circuits that handle mood and reward behavior. In addition, long-term opioid drug abuse affects almost all of your body’s systems. Detoxification is the metabolic process that eliminates toxins from your body. The purpose is to cleanse the body of internal impurities that can cause deterioration and disease.

The detox process is critical, particularly for people dealing with long-term addiction. Opiate detox is usually done in an inpatient setting with medical supervision. Detox typically lasts three to five days and is only the first step on the road to sobriety.

When you cut off the supply of opioids, symptoms of withdrawal usually begin in the first 24 hours. You’re likely to get withdrawal symptoms such as:

There is no single perfect cure for OUD. However, the use of many effective treatments can help an individual get into and through recovery. The types of treatments used depend on:

The use of both behavioral (therapy) and pharmacological (medication) methods return some amount of normalcy to behavior and brain function. According to the Substance Abuse and Mental Health Services Administration (SAMHSA), “Although no single pathway to recovery is right for everyone, research has shown people seeking recovery from opioid problems are more successful when they combine a prescribed medication used to treat addiction with professional counseling and a strong support system.”

The medications used to treat opioid addiction work with the same brain receptors as the drug but are safer and not likely to cause the same negative behaviors. Medical professionals can help an individual successfully complete detox by providing medications that ease the symptoms. The medications typically used include:

Counseling is essential in the recovery process. Medications help manage physical symptoms to help people focus on counseling which:

Although opioid addiction is a serious problem, it doesn’t have to be permanent. At Intrepid Recovery, we are experienced in all aspects of opioid and opiate detox and withdrawal. There is scientific proof that combining medical and therapy-based treatments can give you a great chance of recovering and leading a fulfilling life. We offer personalized programs because we know you are unique, and when it comes to addiction recovery, “one size doesn’t fit all.” We are also fully licensed and accredited by the Joint Commission, which is a national quality approval commission.

Our rehab is located in Riviera Beach, easy to reach by Tri-Rail or I-95. If you need to get away from the distractions where you live, we are close to Palm Beach International Airport. All you need to do now is take that first step. Contact us now. We are available for you 24 hours a day.