Is Addiction a Disease or a Choice?

What is Drug Addiction?

In the simplest forms, drug addiction is an individual’s strong compulsion to use substances even when several dangerous and unpleasant consequences are most likely to occur. Addiction has also been described as a “medical disorder that affects a person’s brain and changes their behavior.” Several substances, including illicit drugs, prescription medications, alcohol, and even some over-the-counter medications, might fuel the overall development of addiction.

Specific behaviors such as compulsive sex or gambling are sometimes labeled as addictions, but in this article, the term “addiction” is reserved for a person to have the ability to abuse drugs. The actual cost of treatment shouldn’t be a barrier for individuals to find insurance and help. There are many programs out there that should have the capacity of covering at least a part of the cost of rehab, detox, and associated treatments.

Is Addiction a Disease or a Choice?

Ultimately, addiction is a choice. Even when you think back on when you were sober, you’ll discover that you didn’t make a conscious choice to struggle with your addiction. That isn’t where the choice theory has originated from.

It’s important to understand that no individual sets a specific goal to become an addict. The choice model doesn’t view addiction from a biological point of view, but more from a person’s thought processes. As known, thoughts can affect people’s actions.

Environmental factors also play a major role such as learned behavior that might impact individuals who struggle with addiction. If an individual is living in a

household where drug and alcohol use was seen as a way to cope, then it can increase a person’s chances of using. The choice model considers various environmental factors such as poverty, which has been known to increase an individual’s vulnerability to use drugs.

Deciding on whether or not addiction is a disease or choice can make a world of difference. What an individual believes can affect them and their sobriety. For example, if an individual feels that substance abuse is a disease, it could lessen the overall sense of guilt or if a person feels it’s choice, the guilt can be deepened. The most important aspect to remember is whether or not addiction is viewed as a disease or choice, it’s paramount to take the necessary steps to control and stop the addiction.

What Do Opponents of the Disease Model Believe?

The opponents of the disease model believe the idea that substance addiction is a disease isn’t however universal. Some would argue that addiction isn’t a disease because:

Advocates of this way of thinking put a stronger emphasis on the environmental and social factors of addiction. There is one supporter that claims that addictions might be “cured” by locking addicts in a cell where there’s no access to substances, instead of on the individual’s brain changes that occur as a result of their substance abuse. There are some schools of thought that view treatment for addiction as a little bit more than the person choosing to stop engaging in drug use.

Certain facets of these opinions are difficult to dispute. For example, it is a fact that substance abuse typically starts with a decision. Even though, in many cases, substance use began with a doctor’s prescription for real medical concern and evolved into substance abuse.

Though no individual forced an individual addicted to a substance to misuse it, it’s challenging to imagine anyone would willingly ruin their relationships, health, and various other major areas of their life to engage in it. Assuredly, if overcoming addiction was as easy as deciding to simply stop, the issue of addiction would be much easier for a person to address. Also, relapse wouldn’t be as common.

The APA, American Psychiatric Association no longer regards “addiction” as a diagnosis or term. Instead, they have adopted the phrase “substance use disorder” as a method to describe matters that are related to “habitual and compulsive” substance use. The specific change was made to avoid the confusion surrounding the term “addiction” and even the “uncertain” definition. As well as the negative stigma that is attached to the word.

Why Are Drugs Addictive? 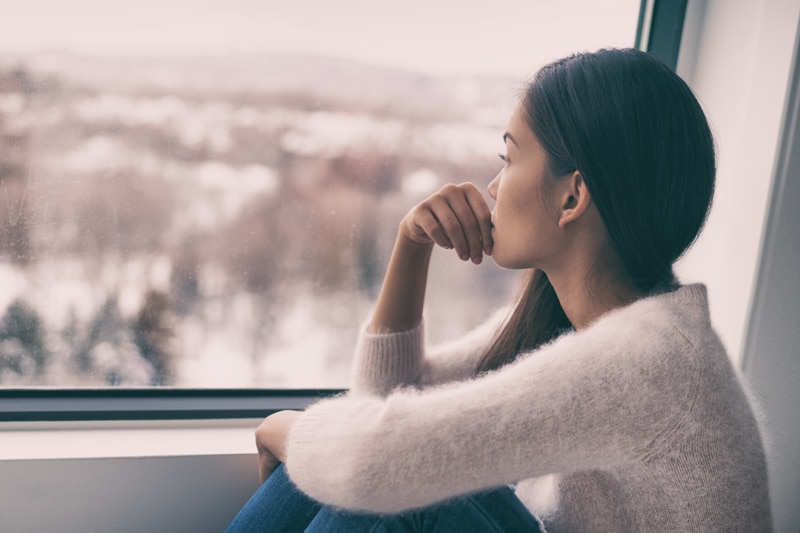 Individuals get addicted to drugs for various reasons, but one of the most vital factors behind why drugs are so addictive has to do with the euphoric and rewarding high it induces. Drugs have the power to impact the brain systems that relate to motivation and pleasure significantly. By allowing this process to occur, it makes it much more difficult for various other natural pleasures to compare.

Every individual experiences the natural rewards in their life such as a favorite song, happiness after sex, the pleasant feeling that follows exercise, or a delicious meal, but drugs offer more than that. The overall high that comes from a person abusing drugs is brighter, louder, bigger, and more satisfying than any natural reward can give. It can make the natural rewards seem dim, quiet, and small by comparison.

One of the main brain chemicals that are discussed often in the addictive power of the substances is dopamine. It is believed by scientists that when a rewarding event occurs, the brain then releases dopamine to signal the experience and then encourage repetition. When it comes to natural rewards, this is not only healthy, but it keeps life going.

Dopamine tells the person’s brain that the experience of engaging in drug use is essential and should be repeated. It’s important to remember that the brain is programmed to remember places, things, and people that are associated with the use. Therefore, it’ll be easier for the individual to repeat the situation.

With the repetition, dopamine bursts tell a person’s brain to value the drugs more than the natural rewards. After this process occurs, the individual’s brain adjusts so the reward circuit will become less sensitive to the natural rewards. In turn, this could make an individual feel emotionally “flat” or depressed at times they aren’t using the drug. For example, if the natural reward is a plate of broccoli, drugs would be a huge bowl of ice cream, and the broccoli is even less appetizing after ice cream.

When drugs enter an individual’s brain, they have the ability to:

Over time, the overall desire for drugs begins to become more of a learned reflex – an individual can be triggered to use by the places, things, and people that are linked to their drug use. For example, an individual might become hungry after they drive by their favorite restaurant. The desire is likely to become even more overwhelming.

How Cravings Feed Into Addiction

Cravings can feel super uncontrollable even years after that individual becomes sober. Around the same time, the drug is producing these brain changes that are associated with the overall development of addiction, the person might also come to tolerate higher doses of the drug and even start to depend on the drug to feel well. Dependence and tolerance develop because of the brain adjustments that are made to manage the modifications.

The above-mentioned alterations come from the repeated presence of the drug. Dependence and tolerance are considered two signs of a substance use disorder. They might also develop to an extent in the absence of addiction.

Physical dependence is considered the state of needing drugs or alcohol as an attempt to feel normal. Without the substances in the person’s system, withdrawal will transpire. Depending on the substance, the symptoms could range from exasperating to even life-threatening.

Tolerance is a state where a person’s body reacts to the actual presence of the given amount of the drug starts to decline after time. To compensate, the individual will consume a higher dose or even consume it more often or might do both. When there is a growing tolerance to a substance’s effect, the increasing result in substance use might quicken the development of addiction. Therefore, increasing the risk of overdose.

Physical dependence and addiction are talked about often as though they are interchangeable. However, the two are considered separate situations that can exist without one another. For example, an individual using their opioid pain medication as prescribed can develop a few psychological dependence, but might not display the compulsive behaviors of addiction.

Contrarily, some drugs might be used in a compulsive manner that would indicate an addiction without actually physically relying on it to feel well.

What Are the Risk Factors and Causes of Addiction?

There isn’t a single cause of addiction. Individuals begin using substances for a variety of reasons. It’s important to understand that one’s path to addiction might look dramatically different from that of another. According to the NIDA, aside from the case of beginning drug use from a doctor’s prescription, there are four main reasons individuals might try substances.

Drugs might lure individuals with the appeal of the following:

Performance – Some drugs have the reputation of improving academic or athletic performance, so individuals might see them as a way of keeping up or getting ahead.

To fit in or experiment – Individuals, especially adolescents, might use drugs out of curiosity or try to impress their peers.

To feel better – Someone with high stress, depression, or anxiety, might turn to drugs as an attempt to manage distressing symptoms.

Individuals who have an exceedingly good experience as first-time users might begin to learn drugs make them feel amazing, and the foundations of addiction are then set. However, it’s essential to remember that not everyone will respond the same way to alcohol and drugs.

Experts have debated for years if it was nurture (environment/upbringing) or nature (genes/biology) that has determined whether or not an individual will become addicted. Now, the successful view is that there isn’t one thing to look at to predict an individual’s risk of developing a SUD. Rather, the interaction of an individual’s unique environment and biology both happen to influence how the drug will impact an individual’s susceptibility to becoming addicted.

The individual’s developmental stage is especially important since teenagers who use drugs are much more likely to actually become addicted and even remain addicted into adulthood. Environmental factors include all of the experiences and situations that a person lives through. Some of the most significant environmental influences include the following:

Finally, the overall risk of addiction might be impacted strongly by the route of administration of the substance abuse. Certain routes will produce stronger highs in an individual. For example, when an individual injects opioids, an intense and rapid euphoria will be produced that swallowing or snorting the opioids cannot match. It’s important to understand that intense highs that begin rapidly also tend to disappear just as quickly. The quicker the comedown, the further it might encourage drug abuse.

There are many treatment programs geared to help substance abuse and drug addiction. Professional addiction treatment is an effective approach utilized to address physical dependence. Many individuals require a period of professional detox to allow the body to readjust to the lack of the drug while under supervision.