Understanding the Signs of a High-Functioning Alcoholic

Understanding the Signs of a High-Functioning Alcoholic 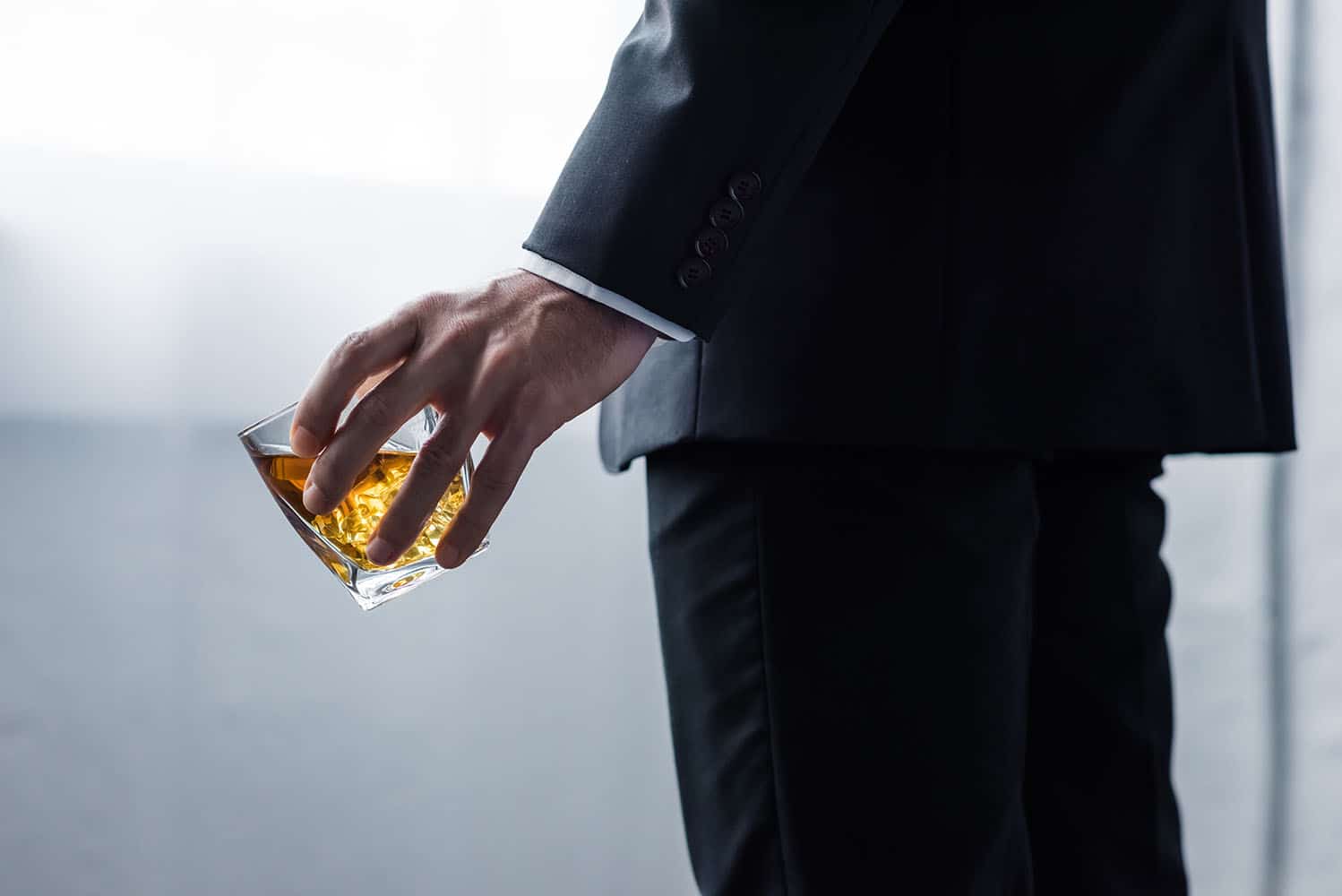 When you think about what alcoholism looks like, your mind might jump to a character in a movie, TV show, or book that you’re familiar with. Quite often, they’re portrayed in a negative light that defines their character: disheveled, jobless, irresponsible, and reckless. However, in real life, while this may sometimes be the case, about 20% of people who abuse alcohol are what is called “high functioning alcoholics.”

In reality, alcohol abuse and addiction look different for everyone. Although someone may be able to put forth the appearance that they are not abusing alcohol, it might be a completely different story behind the scenes. Prolonged alcohol use is still detrimental to the mind and body even when it doesn’t appear to be affecting a person at all.

It’s for this reason that it’s important to know the signs of high functioning alcoholism so that you or someone you love is able to get the help they might need!

Here are 5 signs of a high functioning alcoholic:

Every day, we are presented with stressors from many different angles: relationships, money, family, work, and more recently, the coronavirus – the list goes on and on. Without healthy coping mechanisms, many people turn to substances to help ease their tension. Often times, a simple glass of wine or beer at the end of a long day leads to a reliance on that substance and users might think they are unable to relax without it.

Once this happens, drinking becomes a habit and it’s very possible to turn into a dependence later on. Once someone is dependent on alcohol to relax, they may experience cravings, withdrawal symptoms, or feel that mental health issues like anxiety, depression, or insomnia get worse. Thus, begins a vicious cycle.

While “day-drinking” isn’t always bad, high functioning alcoholics may use it as a way to overcome a hangover or beat withdrawal symptoms. When someone is dependent on alcohol, they may turn to drinking first thing in the morning, hiding alcoholic beverages in public, and sneaking away to drink alcohol. 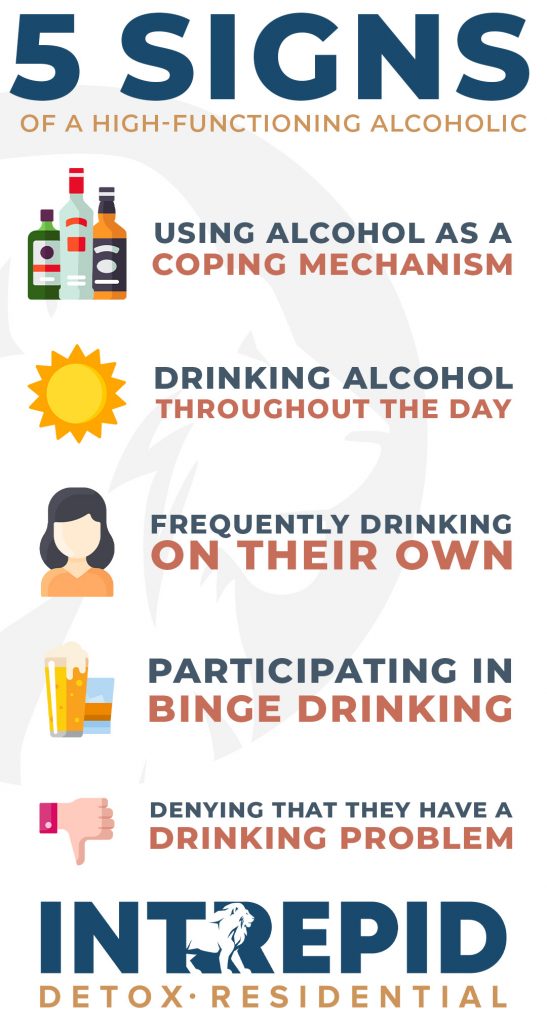 Here are some other signs that “day-drinking” has taken a turn for the worse:

Functioning alcoholics may still attend parties and events where it is socially appropriate to drink alcohol and imbibe without going overboard. However, they will also frequently drink alone where they are able to hide their drinking from others or hide their own feelings that they have towards their alcoholism (shame, embarrassment, etc.).

If you or someone you love frequently drinks alone, it’s important to examine the reasons for doing so and understanding the purpose that drinking alone serves. If it has to do with shame, depression, or embarrassment, it might be time to consider seeking professional help.

Without a tolerance, a “normal” amount of alcohol is one drink for women and two for men, per day. People who abuse alcohol or have an addiction are likely to have built up a tolerance over time so their “normal” amount will be much more than a typical man or woman.

Tolerance can be affected by many difference factors:

It’s possible for highly functioning alcoholics to develop what is called a learned tolerance. With a learned tolerance, they may only be able to perform tasks to the best of their ability while slightly intoxicated. While it may seem normal for them and go unnoticed to others, the implications can be severe. If a person does not see a decline in their performance, they may not see a reason to discontinue their drinking patterns and continue abusing alcohol.

Alcoholics – whether highly functioning or not – are unlikely to admit that they have a drinking problem to themselves or others that care about them. In fact, this is one of the most frequently seen characteristics in those who are highly function alcoholics. The reason for this is the fact that they don’t see how alcohol is affecting their life in a negative way. They are usually able to use the fact that they are able to function normally is some or many ways as proof that they don’t have a problem.

It’s true that functioning alcoholics aren’t at that typical alcoholic character point (jobless, disheveled, irresponsible, etc.), but that doesn’t mean that alcohol isn’t affecting their lives, their mental health, and their physical health. Highly functioning alcoholics assume that they have complete control over their drinking problem, although they can’t see where it will take them in the future.

If you or someone you know is exhibiting signs of a highly functioning alcoholic, it’s better to get help now before it’s too late. Even if alcohol isn’t overtly affecting the user’s life in a negative way, the underlying issues may come to the surface later on and it’s always best to tackle them before that happens.

Here at Intrepid, we understand the need for addiction treatment to be tailored to the individual’s specific needs as well as the importance of taking into account an individual’s medical, psychological, legal, and social problems. The process usually begins with a closely monitored and safe detox, followed by an inpatient or outpatient rehab program – the decision will be based on the individual’s needs.

Intrepid also offers continued 24/7 support upon graduation from our program so that those in recovery know that they always have somewhere to get help when they need it.